The PowerTrac SP+ Series is a battery monitoring system developed specifically to meet the needs of industrial and motive battery systems. Using your battery while it is undercharged, low on water or operated at high temperatures could shorten the life of your battery, cause equipment malfunctions and negatively affect performance and productivity. The PowerTrac SP+ is a compact electronic device that attaches to your battery to provide you with instant battery diagnostics. The PowerTrac SP+ continuously acquires battery parameters, processes information and stores relevant data when an event change occurs. The battery monitor tracks and logs various battery performance data including battery voltage, battery temperature, and battery current. A conventional current shunt is used to provide precise battery current sensing.

What does a PowerTrac do?


Can I use PowerTrac with any type battery?

Yes! The PowerTrac can go on any type of battery with nominal voltage ranging from 12 to 84 volts. This includes motive, automotive, and stationary batteries used in applications such as forklift trucks, walkies, floor scrubbers, golf carts, go karts, cellular sites, solar systems, telephone central offices, etc… The possibilities are endless.


Is a shunt required for PowerTrac to operate?

Yes. Since battery current, and in return amp-hours used and returned, are very critical to gauging battery utilization, measuring the battery current is a must. PowerTrac uses a shunt that can be installed within the battery or in line with the negative battery cable to measure the current in and out of the battery.


What type of shunts can be used?

The PowerTrac unit is designed to operate with a 50mV shunt of any size. The PowerTrac setup utilities allow users to set the shunt size for accurate current measurement.


What type of shunts are available?

There are two type of shunts that are offered, both being 500A/50mV type:


Where would I install a shunt on the battery?


Are there special guidelines when installing a clamp-on shunt?

Yes. When installing a clamp-on shunt, care needs to be taken to avoid having a cold solder connection. For proper clamp-on shunt installation, do the following: 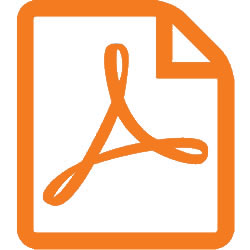